Pensive clown moment backstage. Not really characteristic of Pilgrimage onstage: Ara Fitzgerald and I were originally inspired for this piece by the Wife of Bath in Chaucer’s Canterbury Tales: bawdy five-husbanded, spiritual-journeyers with rosaries and little black prayer books. We talked about whether it was important for that original inspiration to be cited in program notes – always interesting to think about how much context is useful for an audience. Seems though that the image of a  powerfully clowning woman is still new and even perverse, maybe needs explaining. Or just needs to be seen.

One of the key revelations of my weekend was seeing a photo in the lobby of the Alvin Ailey Center: a picture of an Alvin Ailey piece from 1961 “Roots of the Blues” in which dancers Carmen de Lavallade and Alvin Ailey shared space with musician Brother John Sellers on tambourine –  and drumroll…musician Bruce Langhorne playing guitar. Can’t help but wonder about certain songs’ origins. Probably not. But anyway, this evidence of the intersection of the early 1960’s modern dance and gospel/folk music world really reached out and grabbed me. 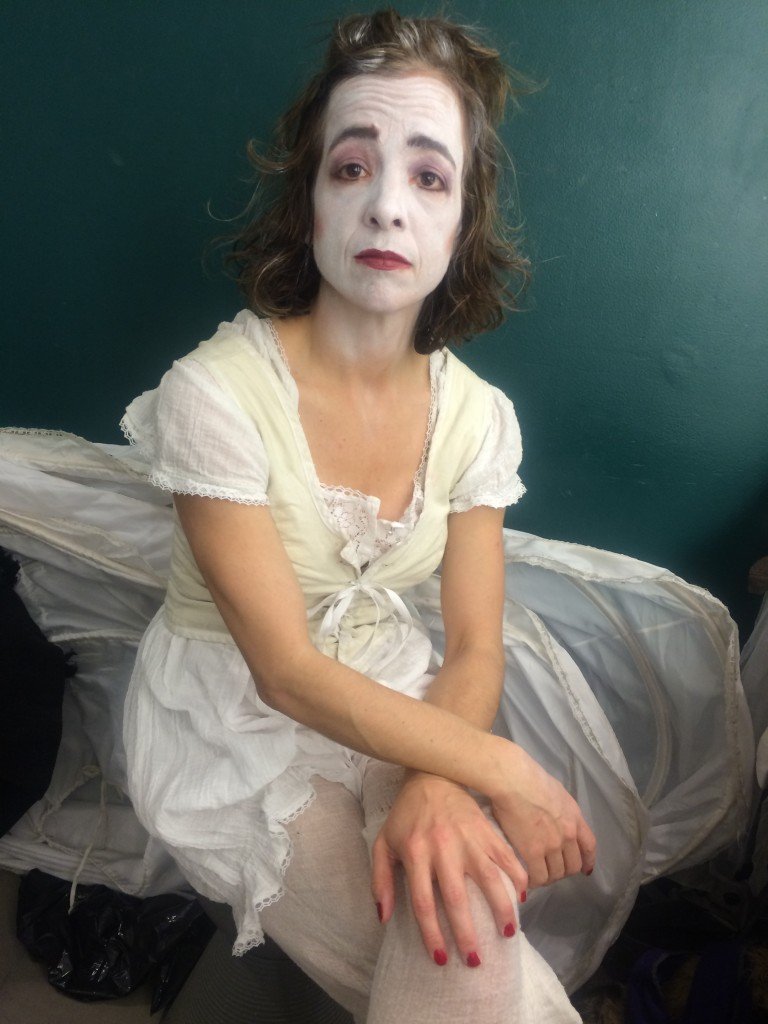