My trip with Stefan to the west side of Ireland was: too short, just right, scantily prepared, charmingly improvised, and luny. When we headed over toward the west from Cork –  Stefan handling the whole other-side driving situation, manual car to boot, with aplomb – we stopped in Macroom for a farmers’ market. A lovely young woman selling olives strongly suggested we not skip West Cork. We bought a mass of extraordinary olives from her, most of which were sadly left in the rental car when we returned it ad hoc and haste the last day. I hope someone ate them. So, we didn’t go right to Killarney National Park as loosely planned, but detoured south to the Beara Peninsula and ended that rainy weekday night in Kenmore where we found ourselves passing the night most hospitably at Crowley’s Pub. Peter Crowley found out I was working on some songs, went upstairs to get his guitar, handed it to me and said, play something if you want. We passed around the guitar for the rest of the evening. That was really fun.

I knew the ocean coast would be beautiful. But I was stunned by the high lunar landscapes just inland. The size and depth and height and width of Ireland –  how does such a small island do it? Especially the depths – Ireland is deep, deep, deep. Plummeting mountains, ridges, cliffs sans trees –  a new experience for forest-clad Vermonters. Breathlessly low down in those deep valleys – houses perched like the sheep and goats. We even saw one unicorn eating an apple from a tree. Really.

The next night, in Dingle, we stumbled on another cold rainy weekday night into John Benny’s Pub where we were rewarded with such luck to hear Eilis Kennedy, Gerry O’Beirne, and John Benny play a couple hours of traditional, folk/pop music (they tore apart Joni Mitchell’s Carey like a blazing brushfire). I was amazed by all of them but particularly inspired to hear Gerry O’Berne on guitar, as it is the instrument I aspire on!  The brilliance and inventiveness and breadth of his artistry on that instrument.  I listened with ears and mouth open: pure musical nutrition.

Now I’m into my first week in Italy, settling into a new rhythm of Mediterranean waves. More song-writing rolling in. 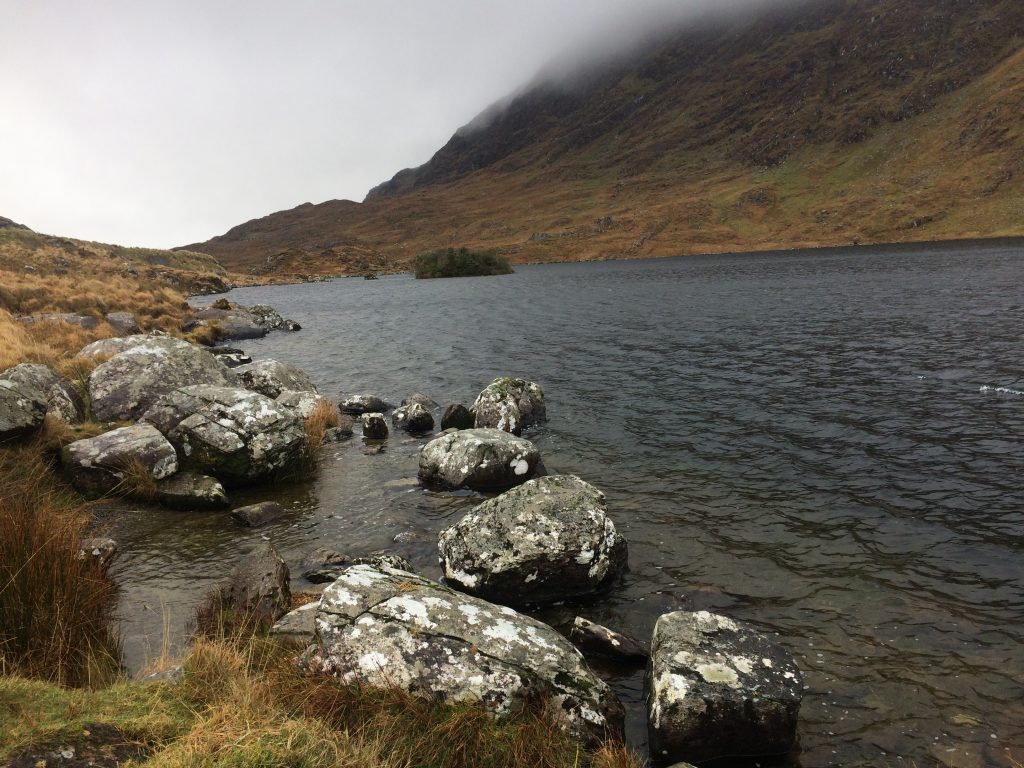